Our consultants have worked in a variety of management, operational, and technical positions within commercial and government payer organizations, and average more than 15 years of experience in the healthcare industry. We have first-hand knowledge of your challenges, and understand how to overcome competitive pressures, organizational obstacles, and limited resources. Our experience includes assisting 100+ health plans in nearly all 50 states on diverse projects that range from complex, multi-year enterprise implementations to concise, efficient assessments or market inquiries.

A large national payer with a heavy presence in the Southwest wanted to respond to a state-wide request for proposal (RFP) in conjunction with developing a Medicaid provider network. The payer understood that Change Healthcare Consulting was well-versed in the development of provider, facility, and ancillary provider networks, and recognized that the team would be the right one for the job. The client engaged Change Healthcare Consulting to lead its RFP response team, win the requested service area, and develop a Medicaid provider network.

More than a billion dollars of future business was on the line. Within a tight six-month timeline, Change Healthcare’s consultants partnered with the client to prepare a detailed proposal for how it planned to service the state’s identified coverage areas. The team obtained letters of intent from providers, ancillary providers, and facilities attesting their willingness to discuss contracting with the health plan for their Medicaid line of business if the health plan was awarded the state contract. These statements helped the plan assure the state that it could provide a base Medicaid network to satisfy the RFP requirements.

The health plan’s most overarching challenge was its workforce’s strong propensity to return to the status quo. Many staff members had worked at the organization for decades and only knew one successful way of working, completing familiar processes within the same system they had used their entire careers. Helping staff understand the need for change and get on board with reimagined workflows would require a significant effort, especially when many assumed greater efficiencies would lead to job losses.

Change Healthcare Consulting worked with the health plan’s leaders to develop a comprehensive staff communication strategy. We also helped the plan build an incentive program to reward personnel for their contributions. Once the project began in earnest, staff rallied to support the initiative and took pride in doing their part to reshape the future of the organization.

Another significant challenge was the company’s technology debt. The health plan had relied on its legacy platform for decades, deploying patches and temporary work-arounds to meet changing industry requirements the system couldn’t accommodate. For several requirements, however, the health plan had been unable to implement stopgap measures. As a result, the scope of the project was significantly larger than a typical system replacement.

Change Healthcare worked collaboratively with the client to gather and prioritize its requirements. Our consultants helped develop and share the implementation road map, which included going live with the core system before all requirements could be satisfied. The road map extended for a year past go-live to allow the organization to take advantage of the new technology while it devised new solutions to age-old challenges.

In order to build this particular Medicaid provider network, the health plan needed to foster new relationships in areas of the state in which it had never previously done business, including a Native American reservation. The consulting team reached out to several health centers within the impacted communities to create new relationships and develop trust. The team also faced the more common challenge of introducing the health plan’s standards, concepts, and policies to the providers in these new areas. The team had a limited time to ask the state follow-up questions and had several internal approvals to gather along the way.

For both of these provider network challenges, the consultants functioned as health plan representatives networking, engaging, and establishing trust among the internal and external groups. Our Consultants were able to persuade providers across the entire state, including those on Native American lands, to issue letters of intent for the client. They also helped to introduce the client’s medical delivery standards. As the consulting team included several skilled subject matter experts who had successful experience with Medicaid contracts, they immediately knew which questions to ask the state for clarification and sought internal approvals regularly.

The consulting team provided in-depth knowledge of Medicaid plan development and creation to help the health plan win its contract and become the Medicaid service provider for the identified service areas. By helping the client identify potential contractual partners and acquire letters of intent, the team laid the groundwork for the client’s construction of a comprehensive behavioral and physical health system for its new Medicaid line of business. After this initial success, the client continued to partner with Change Healthcare Consulting for a number of subsequent projects.

For the Trust, avoiding any interruption to the delivery of patient services is absolutely critical given the escalating demands on hospital services. Because of issues with reliability and efficiency, the Trust began looking for an integrated cath lab to manage the complete peri-procedural workflow of the cath environment. 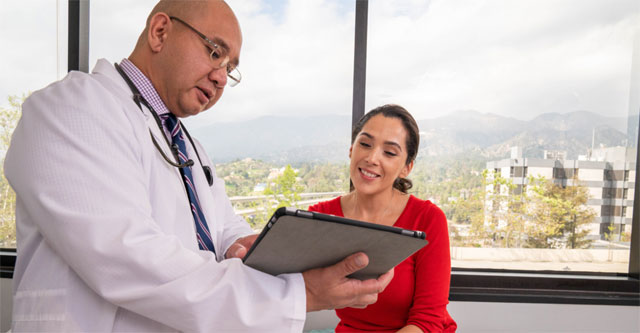 Achieving the Hallmark of Quality with Cardiology Accreditation

Achieving the Hallmark of Quality with Cardiology Accreditation

With changing demographics, plus the rise in chronic illness and obesity affecting every aspect of patient care, it has become essential to understand patient trends.