“Having Change Healthcare come in and provide an independent voice was a great experience for many reasons. Of course, the end result – getting through a CMS audit in the same year with the score we achieved – I think that really reflects what Change Healthcare was able to help us accomplish.”

Although the county is a major retirement destination, no Medicare Advantage plans were available to the approximately 40,000 county residents aged 65 or older prior to the creation of Aspire. The plan today markets itself as “built by local doctors and hospitals” and highlights its close ties to communities across the county.

The Challenge: Prepare for a CMS Program Audit and Assess Compliance Capabilities Following a Plan Reorganization

Aspire had reached a crossroads by early 2018. The plan – then its fifth year of operation – was continuing to grow and Medicare Advantage enrollment now exceeded 3,200 members.

But because CMS policy is to audit every Medicare Advantage and Part D plan sponsor approximately every three years, Aspire’s leadership realized a performance audit was likely imminent.

“We had been keeping our eye out for it, so after four years, we knew our time would be coming soon,” said Melissa Hall, compliance director for Aspire.

The plan had not been the subject of any direct enrollee complaints nor had it received negative comments from CMS, but Hall acknowledged the prospect of an audit was still unnerving, given the consequences of non-compliance. These can range from civil monetary penalties to enrollment and marketing suspension and even plan closure. There was also the not-insignificant risk of serious damage to the young Aspire brand in the event of an adverse audit outcome.

“It’s something you are concerned about and even agonize over,” she said. “I think every plan experiences that to some degree.”

Uncertainty about the potential impact of an audit was heightened by the fact that the plan had recently undergone a major reorganization. As a delegated model, Aspire was compelled to change BPO claim administrators after the incumbent vendor announced it was exiting the business. As part of the transition, several key functions which were previously outsourced were brought in-house.

“We had gone through a lot of changes, so we wanted to really test our systems to ensure we had a stable operating platform and were adjudicating properly,” Hall said.

To accomplish this, Aspire sought out a partner that could conduct a mock CMS audit. Ideally, Hall said, the audit would help identify potential problem areas while also giving the plan’s small compliance staff a better handle on what to expect when an actual CMS audit occurred.

Aspire selected the Change Healthcare Government Programs Consulting team for several reasons. The pricing was competitive and a relationship already existed between the parties; Change Healthcare had earlier assisted with the BPO transition and that engagement had gone well. Most importantly, Hall said, one of the Change Healthcare’s consultants was a former CMS auditor Hall had encountered when she’d been employed with another health plan.

“I knew she was tough, I knew she knew her stuff, but I had no idea she’d gone over to the consulting side,” Hall said. “So I thought what better way to test how we’re doing than by pulling in one of the founding principals of the CMS audit protocol?”

Aspire initially met with the Change Healthcare team to define the scope of the engagement and to ensure the mock audit would be tailored to the realities of a smaller plan. The process would focus on a wide range of areas, including Medicare Part D prescription drug performance and the full spectrum of Medicare Part C services. It would also include an in-depth assessment of Aspire’s internal compliance plan.

In conducting mock audits, Change Healthcare’s Government Programs consultants rely on a proprietary automated audit tool that can analyze relevant data universes within a matter of minutes to flag issues or cases that are at risk for noncompliance with CMS regulations. The tool’s detailed validation rules enable deep-dive assessments of universe data ranging from claims to pre-service authorization requests to payment accuracy.

“The tool was highly reliable and gave us the exact target areas we needed to focus on ahead of an actual CMS audit,” Hall said. She added it would have been virtually impossible for Aspire to duplicate in a timely fashion the robust and systematic reviews the Change Healthcare tool was able to provide.

“One of the things this has taught me is that I will always have my compliance validated by an independent entity,” Hall said. “You really need an outsider’s fresh perspective and for that aspect alone, bringing in Change Healthcare was invaluable.”

“They were very collaborative, there was no pressure, and they were very flexible with our schedules,” Hall said. “And they always made a point to explain to my team, particularly those without a lot of Medicare experience, what they were focusing on and why in order to help our people be better prepared for when the real thing arrived.”

Equipped with the initial outcome information generated from the mock audit, Aspire was able to move quickly to address the most significant areas of concern while establishing action plans for secondary issues.

The middle-of-the-road results reflected Hall’s instructions to Change Healthcare at the outset of the audit to identify all issues that could conceivably produce a negative CMS finding, no matter how trival or tangential. In other words, the audit flagged a “beyond-worst-case” scenario.

As it turned out, the timing of the mock audit couldn’t have been better: Just a few days after Change Healthcare had completed its work, Aspire received official notice of a CMS program audit.

The health plan’s initial engagement with Change Healthcare’s Government Programs Consulting practice included a provision that would allow Aspire to draw on the Change Healthcare team’s expertise if an actual CMS audit was launched. That fact – coupled with the extensive, recent audit preparation and training Aspire had already done – allowed the plan to move decisively in response to CMS’ initial requests for information.

The agency is exacting and unequivocal in its requirements of payer audit candidates. All data universes must be properly formatted and provided to CMS within 15 days of the initial audit notice. Three successive failures to provide the data as requested triggers broad negative determinations that can derail any hope for a overall positive audit outcome.

Despite the challenges of assembling 33 data universes quickly and accurately, Aspire was able finish the task in just seven days. Once data submission was complete, Change Healthcare advised Aspire on optimizing their performance in the interactive webinar sessions, another challenging component of the audit.

The webinars focus on a series of actual Aspire case reviews led by CMS representatives and are designed to assess the plan’s clinical decision-making. All told, the CMS audit lasted three months from first notice to final report, with considerable back and forth between the plan, Change Healthcare, and CMS throughout the process.

As arduous as the journey was, the final results proved well-worth the effort: Aspire received an exemplary audit score of .54 from CMS. Comparative nationwide results from other plans audited in 2018 won’t be released until the spring of 2019, but Aspire’s .54 would have ranked them among the top five of more than 60 plans audited the previous year.

In the exit interview, CMS representatives complimented Aspire’s compliance team on its high level of preparation and how well-organized their audit response had been.

“I don’t think we missed a step in anything along the way, and CMS was really impressed with that– particularly for our first ever CMS program audit experience,” Hall said.

She added that thanks to Change Healthcare’s mock audit and training capabilities, the plan was “beyond prepared” when the real audit arrived.

“We certainly wouldn’t have fared as well without their guidance. They pointed out what we needed to address and validated the things we were doing that were correct,” she said.

“But ultimately, the process was about more than scoring well or avoiding penalties. The reason we took the audit process so seriously is that we are trying to do the best we can to take care of our members, and the audit is a way to measure our progress toward that goal. So we feel very good about how it all turned out.”

All data in this case study was provided to Change Healthcare by Aspire Health Plan and is accurate as of December 10, 2018. 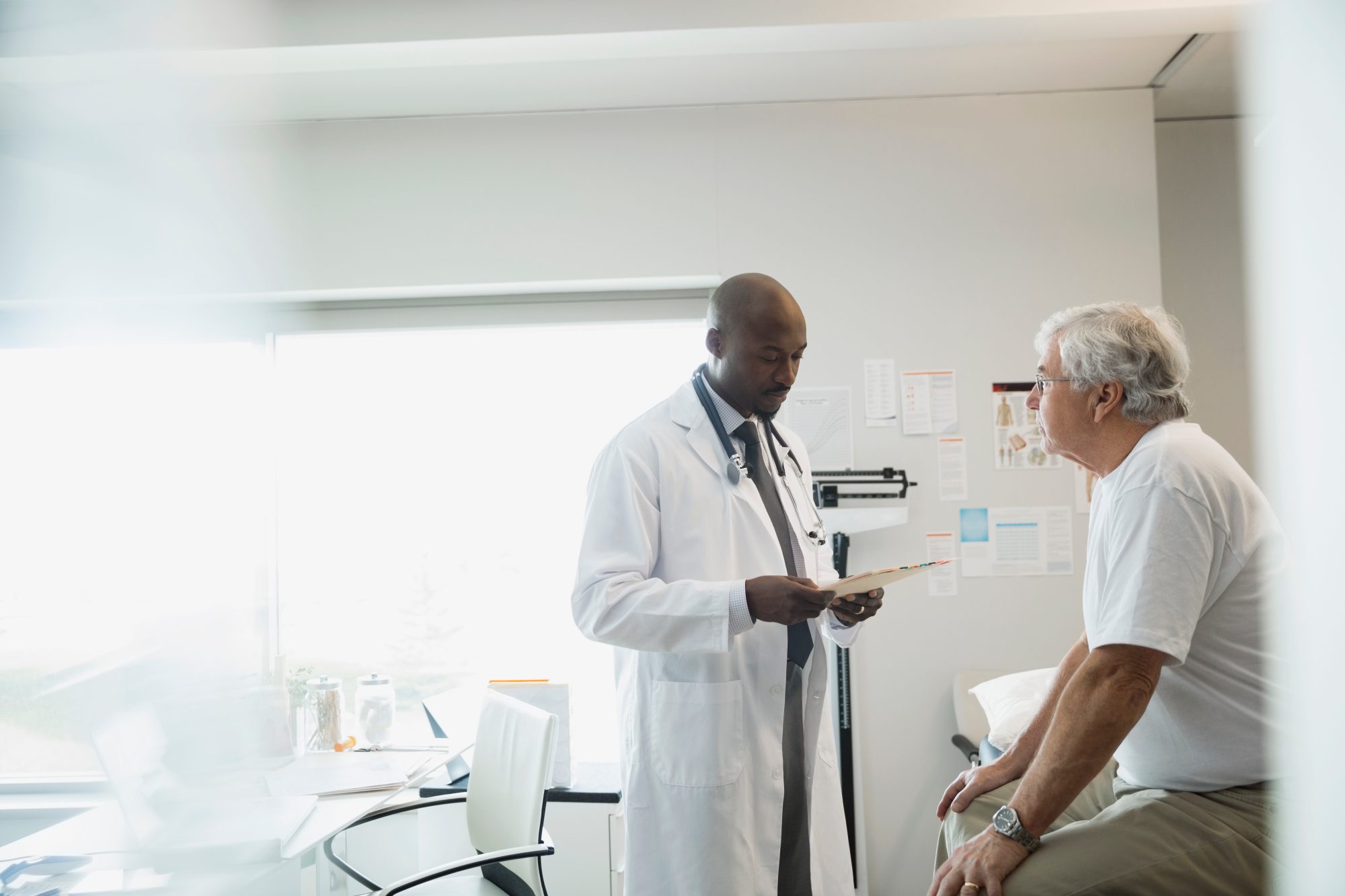 Achieve Results with IT Project Management

Achieve Results with IT Project Management

Discover how a third-party IT project manager can help your healthcare organization implement new solutions, conduct testing, and achieve compliance.

Discover how transitioning to structured reporting on a single-database cardiology solution helped one medical center reduced unsigned charges by 79%.