RACs Are Back – Learn About the Potential Impact to Providers

A modified Medicare RAC program is ramping up to again pursue improper Medicare payments made to providers. Learn all about the details here.

After operating in a limited status since 2014, a modified Medicare Recovery Audit Contractors (RACs) program is ramping up with increased activity starting in Region A. CMS will continue to pursue improper Medicare payments made to hospitals, physicians and other healthcare providers. The program’s latest iteration features multiple changes designed to address long-standing concerns among the provider community. The modifications are aimed at reducing compliance burdens, fostering greater transparency and improving program oversight. Learn what has changed, what the current focus is on, and what RAC activity has been seen to date to better prepare for increased scrutiny.

The Centers for Medicare & Medicaid Services (CMS) suspended all RAC audit activity in February 2014 amid fierce criticism from healthcare organizations and their Congressional allies. The program relies on medical claims audits conducted by private companies that are paid a contingency fee based the identification of improper payments. More than $9 billion has been recouped since the RAC’s inception in 2009.1

“The recent program changes should make life easier for providers who are subject to a RAC audit,” said Joe Lineberry, McKesson Business Performance Services compliance officer. “But as the old saying goes, ‘an ounce of prevention is worth a pound of cure,’ so avoiding a medical claims audit in the first place continues to be best policy when it comes to compliance generally and RACs in particular.”

New and Improved Auditing Process Over the Past Year

CMS’ revisions impose a number of new restrictions and requirements on RACs. Among the key changes:4 5

CMS also has taken steps to enhance program transparency and increase provider knowledge and understanding. Some of these steps include: 6 7

It remains to be seen whether the program changes will mollify RAC critics. Shortly before CMS suspended RACs activity in 2014, more than 100 members of the U.S. House of Representatives called on then-HHS Secretary Kathleen Sebelius to take “immediate action” to implement reforms that would ensure RACs were “identifying real claim coding and medical documentation errors.”8

The letter asserted that because of the contingency structure of RAC payments, contractors were incentivized to deny claims even if the claim is correct. Critics have long pointed to a 2012 report by the HHS Office of Inspector General, which found that nearly three-quarters of RAC-denied hospital inpatient claims appealed by hospitals were overturned in the hospital’s favor by an administrative law judge at the third level of appeals.9

The RAC appellate process has itself become a highly contentious issue, largely because of the long delays providers face in achieving case resolution. Although administrative law judges are statutorily required to issue a decision within 90 days of receipt of an appeal, the enormous backlog of appeals (10 times more volume in 2013 versus 2009) has led to waits of more than two years before the issue is even taken up, according to the American Hospital Association (AHA).10

Significantly, the new CMS requirement that RACs broaden their focus beyond hospital inpatient stays reflects an attempt to address one of the major, long-standing issues of contention surrounding the program. The AHA and others have asserted that RACs disproportionally pursue high-dollar short inpatient stays in order to deny the entire episode of care and thus reap significant contingency fees of between 9-12.5% of each dollar recovered.11

According to the AHA, a lack of clear CMS admissions criteria has allowed RACs to routinely deny large numbers of short-stay inpatient claims by declaring that, although medically necessary, the care should have been provided in an outpatient setting.

In some cases, the denials were made up to three years after the services were rendered, resulting in unexpected and higher out-of-pocket expenses for beneficiaries held responsible for what were deemed to be non-covered services.12

CMS in 2013 attempted to defuse complaints about the ambiguity surrounding inpatient admission criteria with the creation of the so-called “two-midnight rule.”13 The policy stated that inpatient admission and payment were generally appropriate if the treating physician reasonably expected that the duration of patient care would span at least two midnights in the hospital. Stays of less than two midnights were treated as outpatient and reimbursed under the lower outpatient prospective payment system (OPPS), regardless of the level of care provided. AHA has complained that the OPPS typically will not cover the cost of inpatient level of care and often resulted in higher cost-sharing for the beneficiary.14

In response to these criticisms, CMS altered the two-midnight rule for 2016 to allow that certain stays of less than two midnights would be payable under Medicare Part A on a case-by-case basis based on the judgment of the admitting physician, and assuming documentation supports an inpatient admission as necessary.15

Activity in Region A

CMS currently is in the process of analyzing request for proposals for the next group of RAC contractors. In the interim, the incumbent contractors will continue conducting audit activities in the four RAC geographic regions at least through July 31.16 The existing contractors are:17

Since the end of April, we have started to see ADRs from Performant Recovery, the initial step in a potential audit and likely an indication of an emerging new phase for RACs. The notifications have been primarily sent to radiology groups and employed physician practices, and have identified areas of scrutiny ranging from nerve conduction and global days to new patient issues and observation services – less than eight hours (see chart below). Region A includes Connecticut, Washington DC, Delaware, Massachusetts, Maryland, Maine, New Hampshire, New Jersey, New York, Pennsylvania, Rhode Island and Vermont. 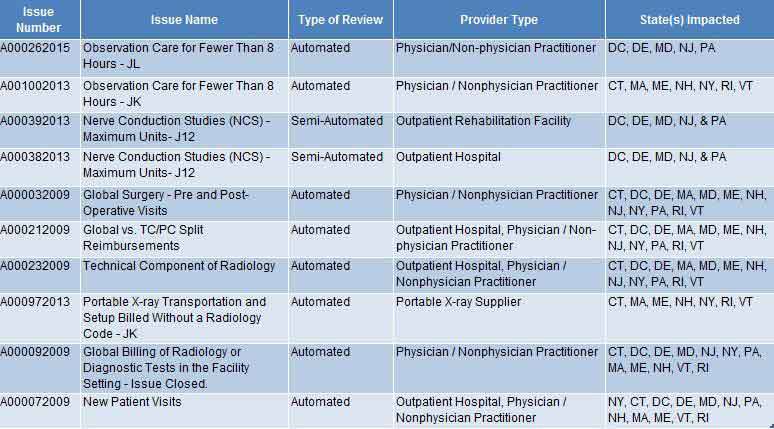 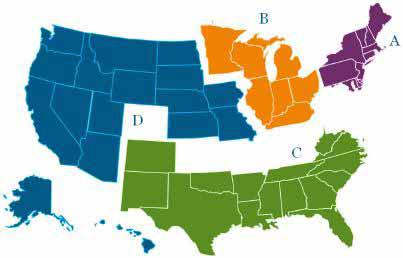 Change Healthcare understands how critical a robust healthcare regulatory compliance program is in today’s increasingly complex and unforgiving environment. Our compliance efforts are designed to establish a culture that promotes prevention, detection, and conduct that conforms to federal and state law, private payer healthcare program requirements, as well as Change Healthcare’s ethical and business policies. Change Healthcare’s compliance program also provides a centrally coordinated mechanism for the timely dissemination of information and guidance on applicable statutes, regulations, and other payer requirements.

Turning the Tide on Uncompensated Care

Turning the Tide on Uncompensated Care

See how staff expertise and innovative technologies, such as artificial intelligence, are boosting the impact of eligibility and enrollment services. Poised to Transform: Study Reveals AI to Be Pervasive in Hospital Revenue Cycle by 2023

Poised to Transform: Study Reveals AI to Be Pervasive in Hospital Revenue Cycle by 2023

Learn more about how Artificial Intelligence will transform the way doctors, hospitals, and healthcare systems identify, collect, and manage their revenue cycle.

Explore how episodes of care are used in value-based reimbursement agreements. Learn about the PROMETHEUS initiative and how to select an episode methodology.