“I feel I can turn to Change Healthcare with just about any problem and know that they’ll quickly come up with a solution. We feel fortunate to have them as partners. In fact, I wouldn’t want to be in this business without them.”

Fortunately, the group hasn’t had to battle this alone. Since 2006, Change Healthcare has provided SPG with a wide range of revenue cycle and practice management services.

The Challenge: How to Stay Competitive Against Rising Costs, Falling Reimbursements, and Volume Declines

In 2006, SPG took over the hospital pathology contract from another group. Change Healthcare was engaged to negotiate agreements with seven major payers and a handful of midsized-to-smaller payers. The company succeeded in obtaining reimbursement rates that were considered competitive in the prevailing market.

Just as important, Change Healthcare has assisted SPG through timely alerts about changes in Medicare and commercial payer policies. These early warnings recently proved critical by alerting SPG to unforeseen reimbursement cuts that affected the group.

In the years since, Change Healthcare has been able to maintain consistently strong rates for the practice through successful renegotiations. SPG most recently averaged an 8.6% increase in rates across its commercial book of business.

Two recent events highlight the importance of closely monitoring payer performance after contracts are signed. In early 2014, one of the group’s major payers announced that it would stop reimbursing for Modifier 26, the code used for the professional component of clinical pathology.

Modifier 26 accounted for about 25% of SPG’s revenue and traditionally was paid to cover physician oversight and management responsibilities in the laboratory. The payer, however, reasoned that increased case study automation in the lab made oversight unnecessary. The fee, therefore, was no longer justified.

Less than a year later, the group was faced with additional cuts to reimbursement when payers discontinued reimbursements for several immunohistochemistry tests performed by the practice, which significantly affected revenue.

In both situations, the pending and actual payment interruptions were quickly identified by Change Healthcare through scrutiny of accounts receivable.

Faced with a potential loss of 25 percent of its business as a result of the Modifier 26 cut, SPG President, Robert C. Babkowski, MD, was able to convince payers why the professional component reimbursement was still necessary in clinical pathology.

Reasoning that this should be a reimbursable service, Dr. Babkowski said, “I’m chair of the pathology department and medical director. I oversee a very complex enterprise. I have 147 FTEs and have a multi-million dollar budget. And when patients for this payer come in, it’s my responsibility to make sure tests are done correctly, validated and managed properly.” The decision not to reimburse for Modifier 26 for this procedure was soon reversed.

“No one understands the pathology business like Change Healthcare,” Dr. Babkowski said. “With their knowledge and assistance, I was confident we would prevail.”

The group’s second reimbursement challenge, the immunohistochemistry CPT coding change, was also resolved by Change Healthcare. The payers explained that although the underlying tests had not changed, reimbursement was discontinued because the replacement codes had not been included in their existing contracts with the group. As a result, Dr. Babkowski enlisted the Change Healthcarethe contracting services to incorporate the new codes into the standing contracts and restored the reimbursements.

As critical as the Change Healthcare contract oversight assistance has been, Dr. Babkowski said that their abilities in other areas are equally valuable. Of particular importance are the custom reports that Change Healthcare produces, he said. These allow Dr. Babkowski to illuminate many aspects of the business, from production by RVUs to individual physician productivity to denials by volume and type.

Change Healthcare has also helped the practice resolve denials emerging from the new state insurance exchange in Connecticut, and generates often-complex billing for the group’s many outreach clients. Their competence in day-to-day revenue cycle management, meanwhile, remains unsurpassed, he said.

“I feel I can turn to Change Healthcare with just about any problem and know that they’ll quickly come up with a solution,” Dr. Babkowski said. “We feel fortunate to have them as partners. In fact, I wouldn’t want to be in this business without them.” 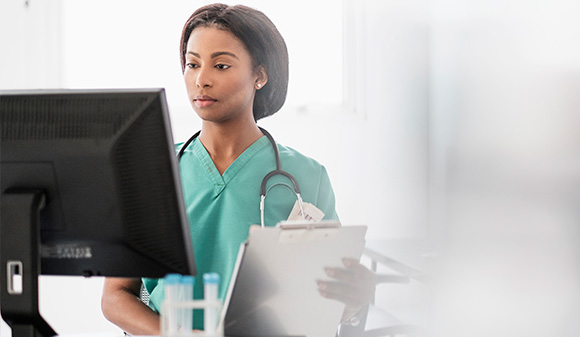 Discover how a community hospital addressed operational challenges caused by the pandemic and seized opportunities to improve revenue cycle health and performance.